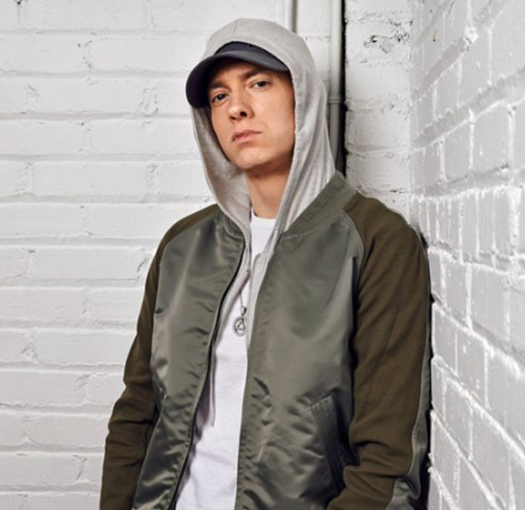 Rapper, Eminem, talks openly about his prescription pill addiction, and his bottom culminating with a methadone overdose in 2007. He’s been sober since 2009, has gotten healthy, and has learned how to live life without abusing substances.

“I knew I had to change my life. But addiction is a fucking tricky thing. I think I relapsed within… three weeks? And within a month it had ramped right back to where it was before. That’s what really freaked me out. That’s when I knew: I either get help, or I am going to die.” – Rolling Stone Interview, 2011

Eminem is celebrating a personal milestone. The “Lose Yourself” rapper, whose real name is Marshall Mathers, took to Instagram on Tuesday to give his followers an update on his sobriety, sharing a picture of an Alcoholics Anonymous coin acknowledging he’s been sober for 12 years. The coin has the phrase “one day at a time,” along with the words “unity,” “service” and “recovery” around the number 12. “Clean dozen, in the books!” he wrote. “I’m not afraid.” Over the years, Eminem has been open about his battle with addiction, and has spoken about his mother also using drugs. Last year he shared a photo on social media of a coin celebrating 11 years of sobriety with the inscribed words “to thine own self be true.” The rapper wrote then that he’s “still not afraid.”

He’s not the only celebrity who’s been open about battling addiction. In July of 2019, Elton John shared a photo to social media of his Alcoholics Anonymous sobriety coin, announcing in the caption he’s been sober for the last 29 years. ‘I was a broken man’: Elton John celebrates 29 years of sobriety “29 years ago today, I was a broken man,” he wrote in the post shared to Instagram and also to Twitter. “I finally summoned up the courage to say 3 words that would change my life: ‘I need help’. Thank-you to all the selfless people who have helped me on my journey through sobriety. I am eternally grateful.” John’s coin has the phrase “to thine own self be true,” along with the words “unity,” “service” and “recovery” around the roman numerals for 29. ‘Still not afraid’: Eminem takes to Twitter to celebrate 11 years of sobriety